This edge-of-your-seat documentary special explores the disturbing rise of cyber conflict and how it has evolved into the primary way nations sabotage one another. Based on a best-selling book by New York Times national security correspondent David E. Sanger, The Perfect Weapon explores the rise of cyber conflict as the primary way nations now compete with and sabotage one another. Directed by Emmy®-winning filmmaker John Maggio (HBO’s Panic: The Untold Story of the 2008 Financial Crisis), and featuring interviews with top military, intelligence, and political officials on the frontlines of cyberterrorism, the documentary brings to light the combatants and innocent victims caught in the crosshairs of a hidden war that has been going on for decades – a war that America started, but has no idea how to finish. Traveling from the deserts of Iran and Las Vegas to the back alleys of Beijing and Moscow, the film chronicles America’s pursuit of enemies who have plotted against our institutions, our economy, and the very heart of our democracy. A never-before-seen look inside the secret world of spies, hackers, and scammers in the lead-up to the 2020 U.S. elections, for which fear of cyberattacks has mounted to an all-time high, The Perfect Weapon is a timely reflection on the ultimate price – and potential “victors” – of this high stakes conflict. 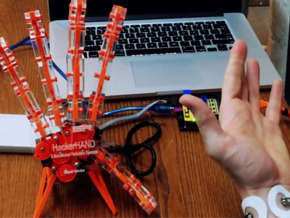 A new movement is about to transform our daily lives permanently: the "Makers movement". Inspired...

How far can we push the limits of what it means to be human? Will using technology to improve and... 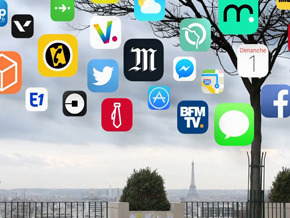 Hack Me if you Can

A lifesaving investigation at a time when cyber-security has become an emerency. How to survive in...

The United States of America is embroiled in some of the greatest challenges it's faced in decades...