33 Years -The Secret My Sister Once Told Me

Shot over the span of 20 years, combining animation with real footage , this is the journey of Rachel Kanizo,  a promising Israeli actress, who was raped at the age of 19 during her service in the Israeli Military and discovering her PTSD symptoms .

25 years later, being considered a ‘cold case’, we managed to retrieve her case court files from the archives of the IDF, days before it was destined to be destroyed for good, erased from the history of the IDF.

As she grapples with the discovery of her PTSD, she fights the military for justice .

Two sisters with one goal – fight for justice and heal a wounded and broken soul. By doing so setting precedent for others to follow.

In this BBC production we follow the high-profile case of teenager Anna Chambers, who alleges she... 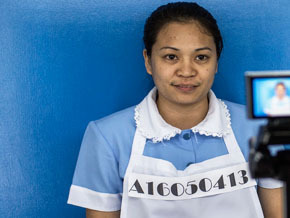 In Asia and in the Middle East, in the privacy of many family homes and hidden from the eyes of the...

This film shows how the rape of women was systematically organised and premeditated by not only by...

In Their Own Words

In Their Own Words is the story of 7 Canadians sharing their journey with mental illness. In this...