As Slow As Possible

On his 18th birthday, writer/teacher Ryan Knighton was diagnosed with retinitis pigmentosa and told he would eventually go blind. It has taken 15 years, but now Ryan has less than 1% of his vision left in one eye, and is waiting for the last little bit to go. As Ryan prepares for his own coming blindness, he heads to Germany to visit an organ on the occasion of a note change - one note giving way to another - in a performance that the faithful know will not end until September 2639. The composition is called 'As Slow As Possible'. The organ is known the John Cage Project. 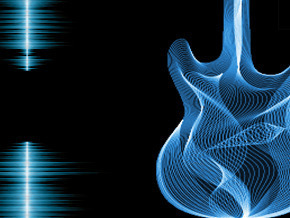 Music of the Future

In public transport, at home, while exercising or even at the beach, music accompanies us...

#NoJoke is a compelling documentary that follows musician Andrew Cole as he puts together a...

W5's Sandie Rinaldo speaks with Daveed Goldman and Nobu Adilman who share the story behind the...

BIG VOICE chronicles a challenging year in the life of a determined public high school choir...