This title is a part of the series Revolutions Series

At the turn of the 20th century, many Russians were dissatisfied with their life of poverty and the tsar, a sovereign emperor, was losing popularity and trust. European countries now had democratically elected parliaments, and many Russians wanted political change. On Bloody Sunday, 2005, over 1500 protestors were killed, but activists formed local councils – soviets – and Tsar Nicolas allowed them to establish a parliament – the duma.

When World War I involved Russia, heavy losses of soldiers caused a labour crisis, food shortages, and starvation. In 2017 strikes and protests led to a military mutiny; the duma assumed power and the Tsar was forced to abdicate.  We learn about Lenin and the Bolsheviks; the October Revolution; dictatorship of the proletariat; the peace treaty with Germany in 1918 which gave Finland, Latvia, Estonia, and Lithuania independence; communism; the civil war between the Red Army and Trotsky and the anti-communist White Army; the formation of the Soviet Union; and Stalin’s lengthy dictatorship.

In this film, we travel back to the late 18th century France and follow the development of the... 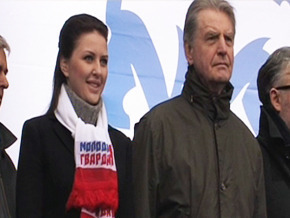 When Russian missiles were discovered in Cuba in 1962, a standoff began. W5's Lloyd Robertson looks... 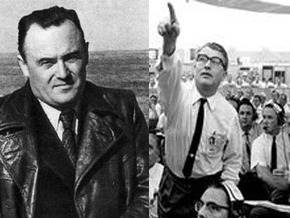 This is the story of the 20th century’s greatest adventure, the conquest of space, recounted... 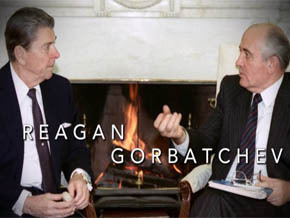 Reagan Gorbatchev, Duel at the Top

When they first met in 1985, tensions were running high, and the world acclaimed Reagan and...