What does it take to change a child's life? Set against the backdrop of a Britain rife with debates around class, identity, and social mobility, H is for Harry follows 11-year-old Harry as he starts at a brand new school in suburban London unable to read or write. For the next two years, Harry fights to improve academically and slowly begins to believe in a different future for himself.

Arriving at Reach Academy in Feltham, young Harry struggles to overcome three generations of illiteracy with the help of a dedicated first year teacher, Sophie. She runs a specialist English group that strives to help him catch up so he can re-join his friends, and we watch his struggles with literacy from day one. We also meet his father Grant, who attends regular meetings about his son's progress and misbehavior in school. Grant fights tooth and nail to keep his son in school as he believes it can save him from a life of illiteracy and poverty.

This intimate portrayal of one charismatic boy's journey towards adulthood depicts the often-unnoticed impact that material and aspirational poverty can have on a child's future. Portraying the world from the child's perspective, the film brims with both humor and heartache and is at the crux of current debates about society's growing inequality.

"Provides an unfiltered experience of student life...Excellent at capturing students’ emotions as they go about their typical school day...Especially powerful at conveying that underlying anxiety of students with special needs...The unique aspect of this film is that it goes beyond life within the school to focus on how the students’ home lives impact their performance...Provides a unique perspective into the life of students, their strengths, and their challenges, that would be beneficial for all educators to see. Recommended for general audiences in education and sociology collections." — Educational Media Reviews Online

FILMMAKERS' STATEMENT: "We make films because we believe in the power of telling stories from the perspective of people you might not normally see or hear. in debates around educational inequality and social mobility, the child's voice is often conspicuous by its absence, so we wanted to make our film firmly from Harry's point of view. In his story, and that of his father Grant, we gain a snapshot of an intergenerational cycle that we often only hear about in statistics and reports.
The film touches on many topics that we hope will resonate with audiences: social mobility, marginalized communities, illiteracy, inclusion, special educational needs, schooling and teachers to name a few. If we were to offer a single message from Harry's story, it would be based on the final scenes in the film when Harry spends time with Primary and Nursery pupils. These scenes are an opportunity for the audience to reflect on what might have been had Harry had a different start in life, with a greater level of support in his early years.
Our reflection, having watched Harry's story over the years and knowing the national statistics around these issues, is that an early, holistic approach combined with sustained support throughout a child's school years is required to have the best chance of breaking the cycle for children like Harry."
-Jaime Taylor and Ed Owles

A well-designed read aloud. . . A carefully crafted small group focused on retelling. . . A... 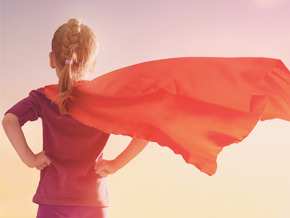 School of the Future

We all dream of having the best school possible for our children – one that nourishes their...

Pushout: The Criminalization of Black Girls in Schools

Inspired by the groundbreaking book of the same name by Monique W. Morris, Ed.D, Pushout: The...

Effective schools develop strategies to ensure learning is the key focus and the school is a...

A Place to Stand

A Place to Stand tells the story of acclaimed author Jimmy Santiago Baca’s transformation from a...