The Himalayas: Geographic Wonders of the World Series

This animated geography video explores the Himalayas, a mountain range in Asia, separating India from the Tibetan Plateau. The snow-capped range has some of the planet's highest peaks, including Qomolangma (Mount Everest), the highest. It is one of the youngest mountain ranges on Earth, made of uplifted metamorphic and sedimentary rock. These peaks were formed by plate tectonic movement, which is continuing today and still causing earthquakes. Melting glaciers form rivers here and in other mountain ranges like the Rockies and the Andes. 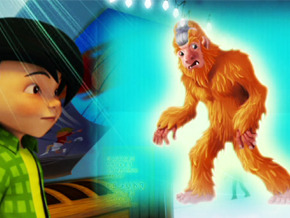 Yeti! - What Are The Effects Of Altitude On Climbers?: Jack...

The aliens get caught in an avalanche while searching the Himalayas for proof that Yetis exist.

Earth's Surface - Landforms: The Study of the Earth Series

There are features on Earth known as “landforms”: mountains, plains, lakes, islands, and many...

Our Canada: The Appalachian

Canada's eastern most geographic region is an area shaped by the forces of glaciation and the ocean...

In this episode of ZooMoo's Wild Friends, we learn all about animals who live in cold palces. Visit...

Are We There Yet? World Adventure (Season 1)

From climbing Machu Picchu to tracking polar bears in Churchill, Manitoba, “Are we there yet...