Albert Frederick Arthur George Saxe-Coburg-Gotha was not born to be King, that role was for his elder brother Edward. If anything, Albert was ill-suited to the role; shy, reticent, lonely and affected by a stammer from childhood. And yet, his father said of him "I pray God that my eldest son will never marry and that nothing will come between Bertie and Lilibet and the throne."

This documentary examines how that shy and unimpressive boy went on to become a national inspiration in Britain's darkest days during the Second World War. How did key relationships shape who he became? His brother's longing for personal happiness ahead of duty forced Albert to become King George VI, but would he have succeeded in this position without the devotion of his wife, Elizabeth Bowes-Lyon?

George VI was determined to return the monarchy to a state of steadfast stability after the brief reign of his brother Edward. His lasting legacy is seen to this day in the role his daughter Elizabeth plays as a devoted monarch to her subjects. 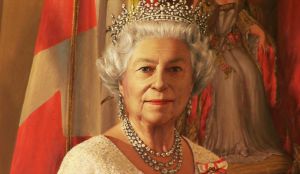 Elizabeth II and Canada, A Portrait

In 2012, the Canadian government commissioned a new portrait of Queen Elizabeth II, by artist Phil...

THE FIRST WORLD WAR: THE PEOPLE’S STORY draws on an extraordinary and little known archive of two...

To win the Second World War, Churchill must build a difficult alliance with the superpowers of...