Doing the Impossible: The Story of the Developmental Disabilities Association

Inspired by the birth of a boy with Down Syndrome, one mother’s bold choice not to institutionalize her child and challenge the status quo led to the formation of an organization that would impact the lives of thousands - the Developmental Disabilities Association. This inspired generations to fight for human rights and significantly change Canada’s legal and social landscape for people with developmental disabilities.

Spanning more than a hundred years, 'Doing the Impossible' tells the uplifting story of a single, pioneering organization within the larger political and cultural context it evolved in. From institutionalization and eugenics to the Civil Rights Movement and the role of the Supreme Court, the film references the bigger picture while remaining very, very grounded in the deeply personal.

Intimate and accessible, Doing the Impossible chronicles how things were, and how things changed, largely in the words and experiences of those who witnessed or made history themselves.

As a historical documentary, this film includes terms that are no longer acceptable and languages and images that may be disturbing.

Employment Matters Too is a documentary that discovers how large corporations benefit from hiring...

Many highly successful people are challenged by learning differences. This program is a collection... 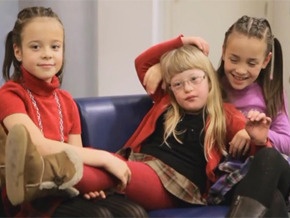 A group of young people with disabilities embark on a three-week summer camp program at Ryerson...