Now in its 4th year, over 200 000 Syrians have lost their lives in a civil war that has rebel brigades opposing the armed forces of president Assad. The first victims are civilians, including many children.

This documentary follows the daily life of the Aleppo family including a young boy, his brothers and parents, living in a rebel quarter, who have decided to stay and fight against Bachar El-Assad’s Army.

Has this generation of 13 to 16 year-old boys lost their childhood forever ? How do they adapt to a civil war? What values did they decide to defend staying in besieged Aleppo?And what will come next?

In Syria, everyday, YouTubers film then die; others kill then film. In Paris, driven by my...

W5's Paul Workman visits Canadian women at a refugee camp in Syria who claim they were lured by... 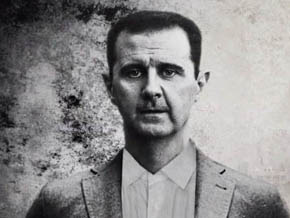 Bashar, The Master of Chaos

While Syria is in the grip of a bloody war that has lasted more than five years, this documentary...