"Nature's Cleanup Crew" describes the busy scavengers that live in our cities, recycling mountains of waste consumers leave behind. To us, it's garbage. To them, it's dinner. With the help of thoughtful and passionate scientists, we find out what makes scavengers tick.

Urban ecologists and entomologists are studying the interactions and behaviours of various ant species living in underground colonies in New York City. The most mature ants forage for food dropped by humans, competing with rats. On the planet, ants outnumber humans by a billion to one and are important in the ecosystem.

In Berlin, foxes have adapted to scavenge in the urban environment as human settlements encroached on their habitat. And in Ethiopia, the city of Addis Ababa is teeming with vultures, one of the most recognizable scavengers of all. These striking birds are protecting people from deadly disease, but their populations are in decline due to poisoning. Researchers are on a mission to reverse the fortunes of Africa's vultures.

Vultures, ants, foxes, opossums and others offer us many benefits, simply by sharing our space. Nature’s Cleanup Crew is a cast of vital creatures, each beautiful in their own right. Without them, our waste would be piling up and we would be dealing with many deadly diseases.

A 'Nature of Things' video.

In this short new film, students will observe existing ecosystems and investigate factors that may...

We produce a LOT of garbage in one year - in fact, Canadians are one of the world's highest...

Some of the most bizarre-looking birds are all amazing survivors. A fast runner, a Dapper Dan, a...

This Canadian production examines how insects are employed in agriculture for pest control and food...

In this final episode, our investigators are assigned to look to their own habitat to find species... 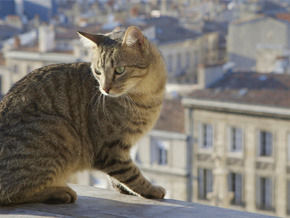 Have you wondered how domestic animals perceive the wild life around them in our city streets...